What is the spirit of adventure?

It is choosing the way that others tend to avoid. For the sake of trying, to face the problems and pitfalls, relying only on your own resources.
The spirit of adventure can take you far away, sometimes even further. Such as reaching India from the Adriatic coast riding an old air-cooled boxer, crossing Africa from Cairo to Cape Town, or tearing down a BMW R 1200 GS and riding it over land from New York to Buenos Aires in person to test the kit R120 G/S.

For Fabio Marcaccini the spirit of adventure is ingrained deeply and it has the colours of Africa. It's a gust of wind that comes from curiosity and restlessness. When in 1987 he left for the first of his five  consecutive Paris - Dakars, everybody in Rimini knew of the race on the black continent from magazines. Internet and satellite phones were almost science fiction. The desert was a distant mirage and unsettling as Marcaccini only knew the asphalt of the circuits; Until the year before he had run in the European 250 Championship for Team Italy.

Now with Unit Garage he combines passion and work.

Together with partner and Industrial Designer Michiel Verstockt, they design and market Special Parts and Kits. From the workshop in San Clemente, a small village in the hills above Riccione, their work is appreciated throughout the world.

Projects that depart from a passion for mechanics and experience as a rider, but with a definite style and a careful choice of materials and details.
In a few years Unit Garage has become a reference point for enthusiasts and professionals in the industry who want to customize their bikes. 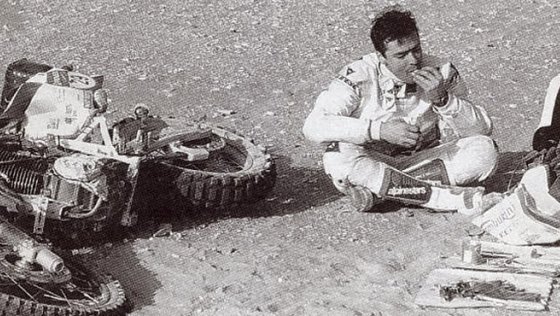