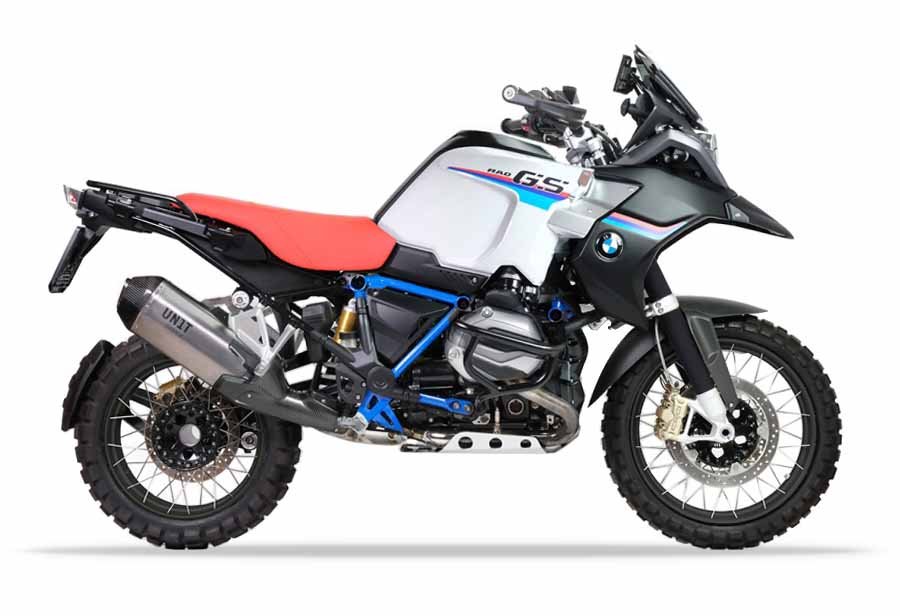 RAD kit, we thought and designed a kit that did not distort the modern GS but at the same time redefined its lines.

Transform your GS making it unique in less than two hours! RAD kit for all R 1200 GS models from 2014 onwards and for the R1250 GS (No ADV models). We have studied everything down to the smallest detail, to obtain top ergonomics and finishes. A family of accessories dedicated to the new GS comes to life with the GS RAD, the white tank and the vermilion-colored saddle immediately catch the eye. Tank cover covers, and front tip replace the original ones, it is not necessary to disassemble the tank, and no type approval or special tools are needed, everything can be assembled very easily, an assembly video is provided. The beak forms an aerodynamic wing that loads the front wheel as taught by recent MotoGp bikes. The saddle remains that of your motorbike: all the original saddles are compatible with the RAD Kit, from the Rallye saddle to the double saddle in various heights. Saddle covers in traditional vermilion red or with a sober black leatherette are supplied as optional.
The windshield was developed in different versions with as many heights and is offered in three different transparencies. The crash bars are available in different models, but to protect the heads of your boxer with our kit mounted you can also use the original crash bars. The Peralluman 3 mm light alloy engine guard is cold-molded and embossed with lightening holes.

The exhaust system is a new system and includes the approved silencer. Made of Titanium and Carbon, it can be mounted on the original manifolds, leaving the exhaust valve and the standard catalyst. All accessories and parts of the GS RAD kit are also sold separately and are Plug and Play and reversible, you will not have to modify anything of the original motorcycle.
f 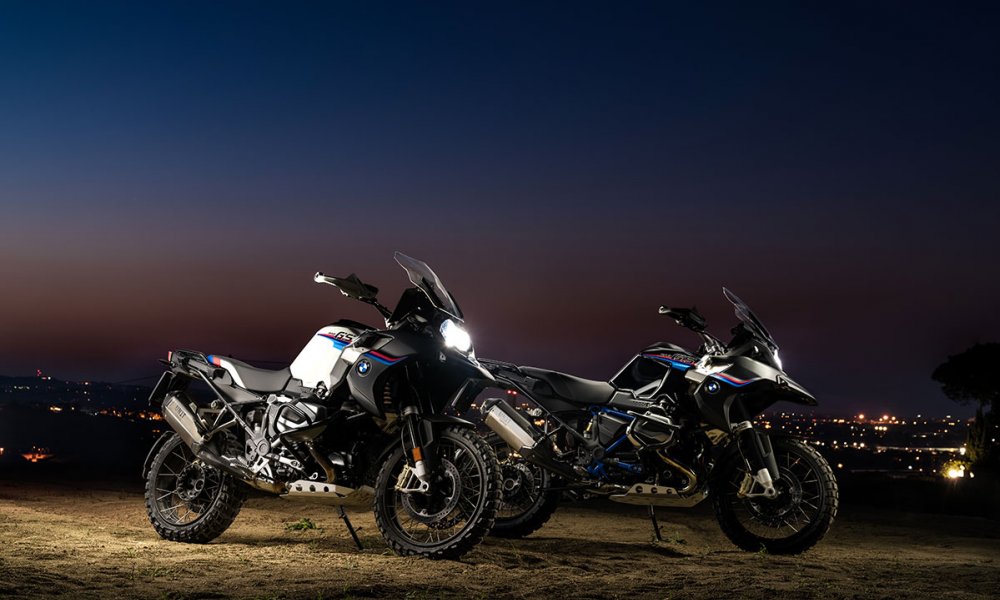 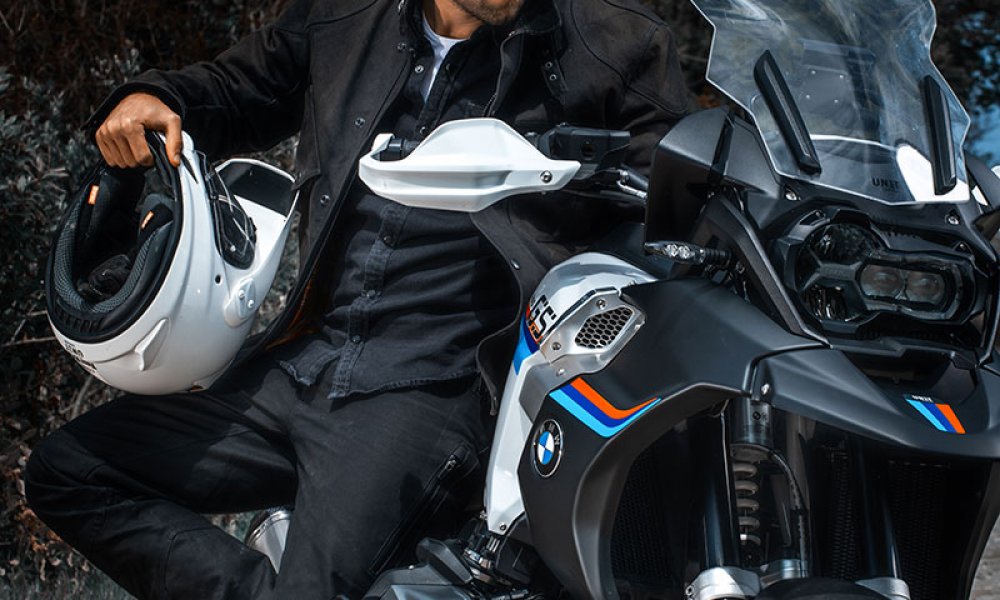 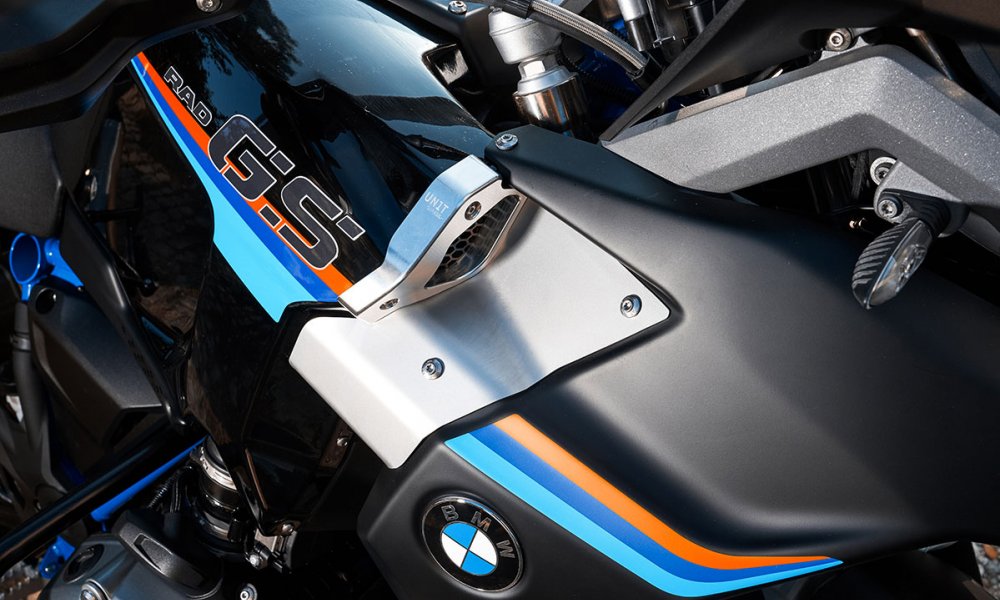 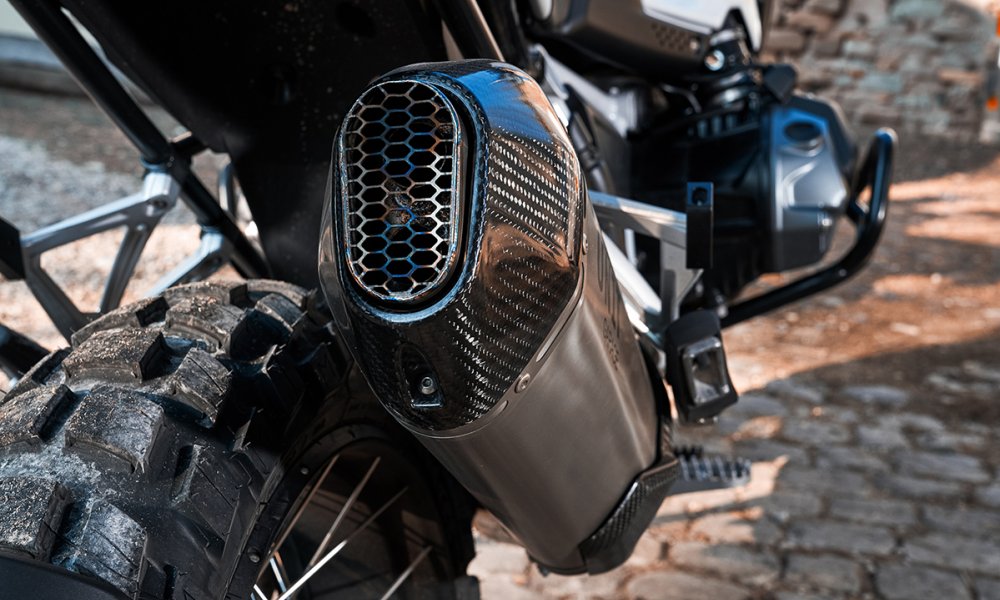 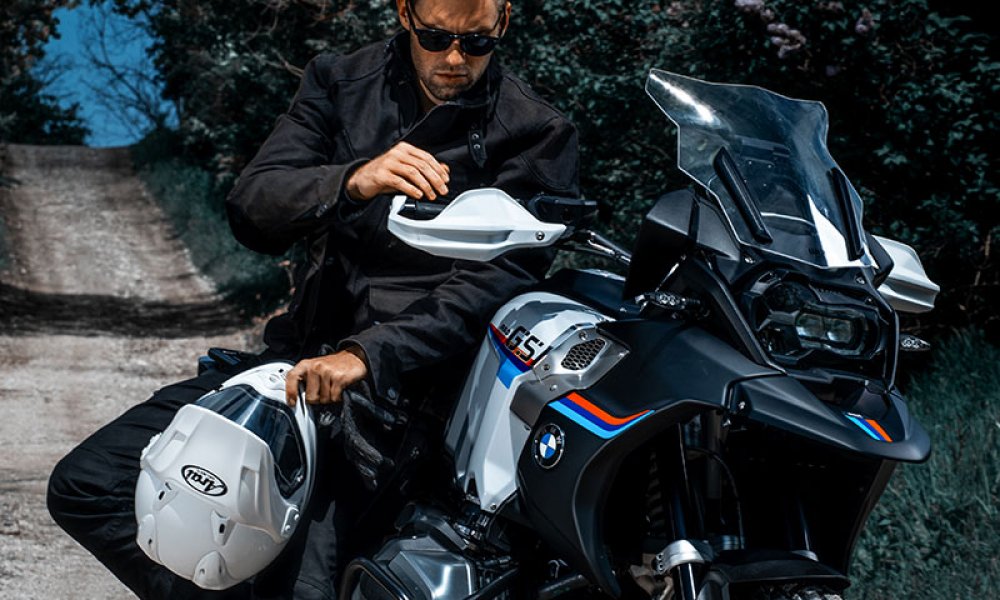 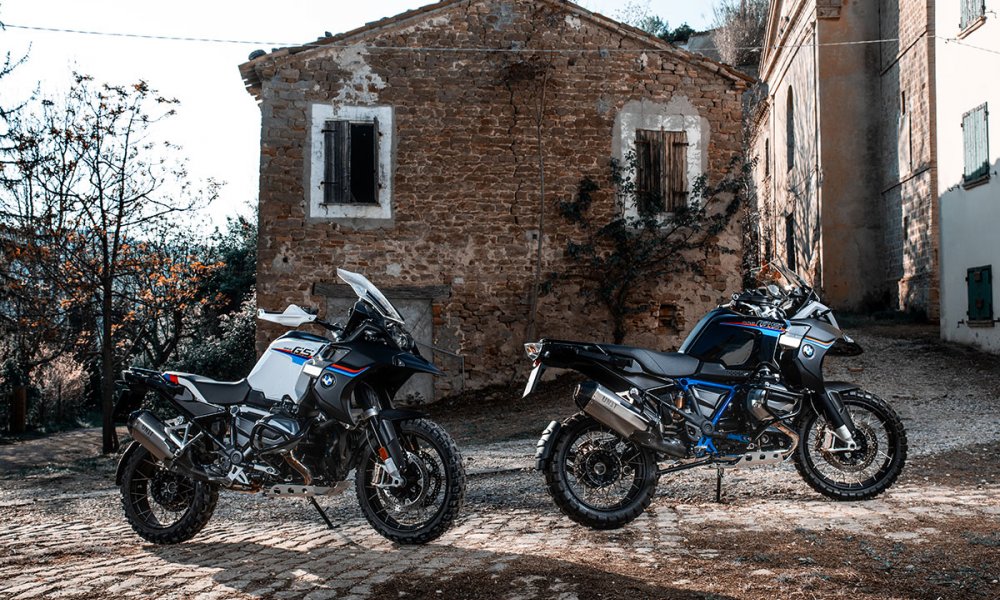 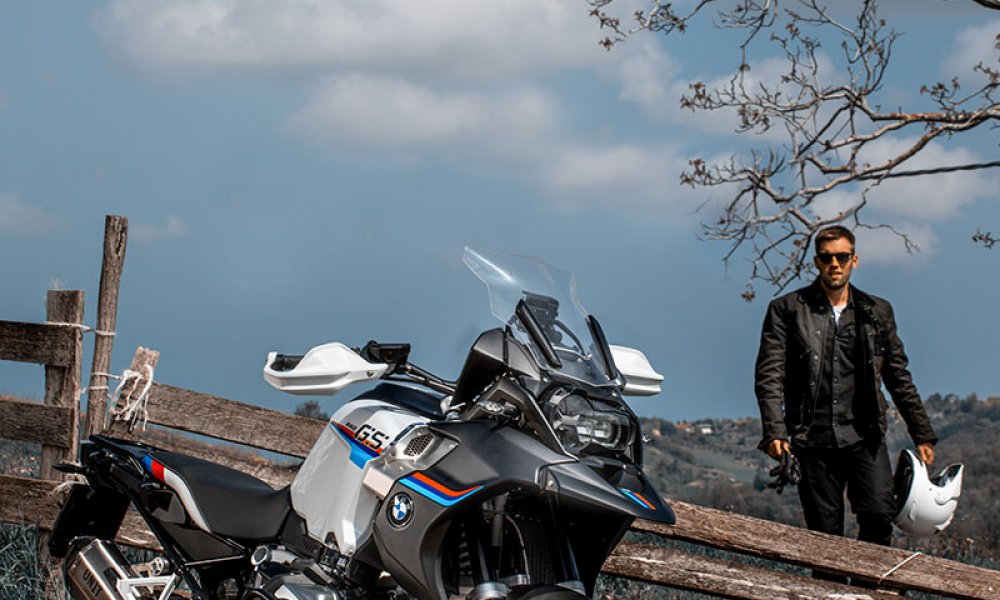 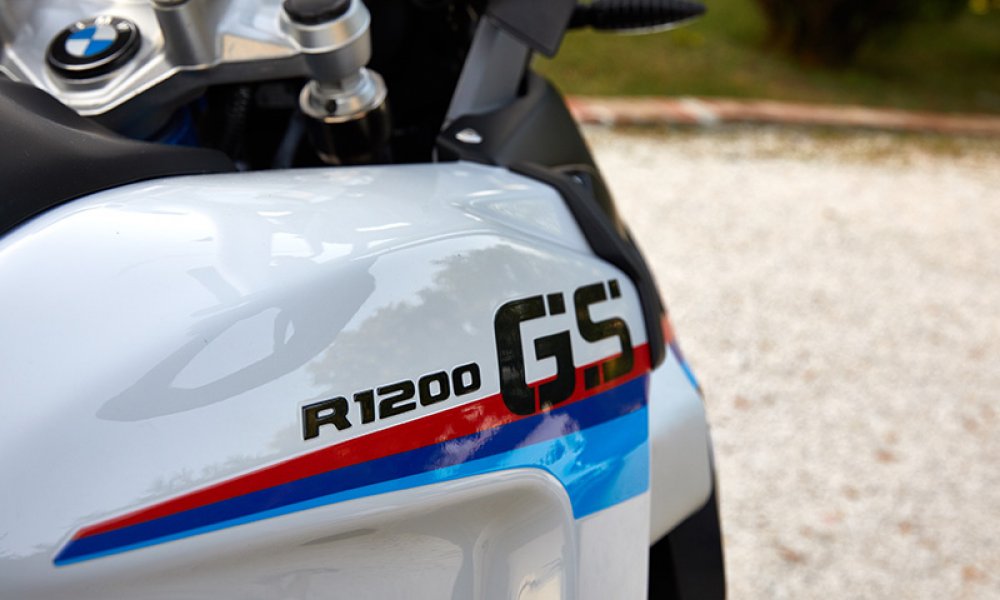 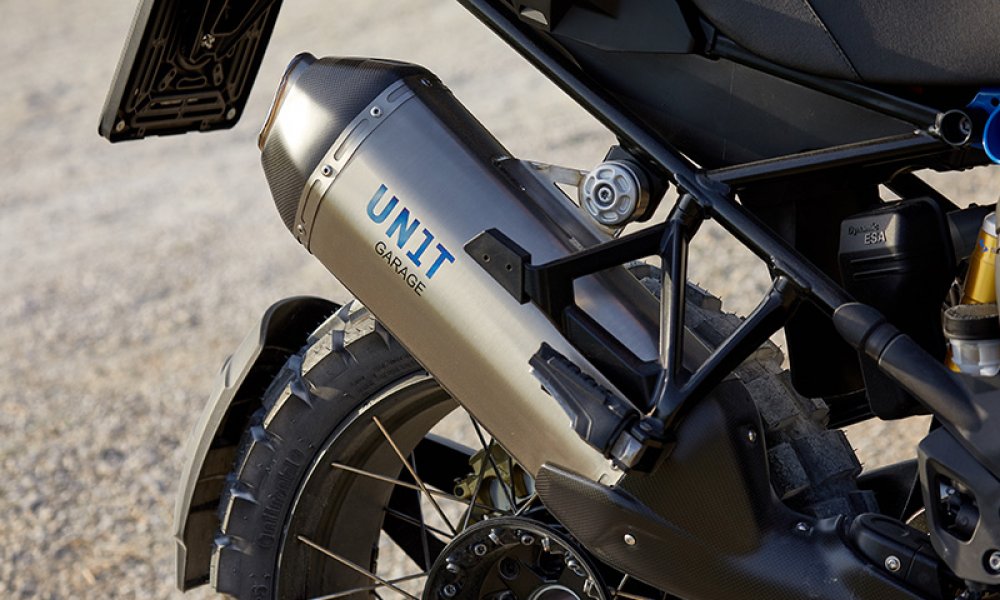 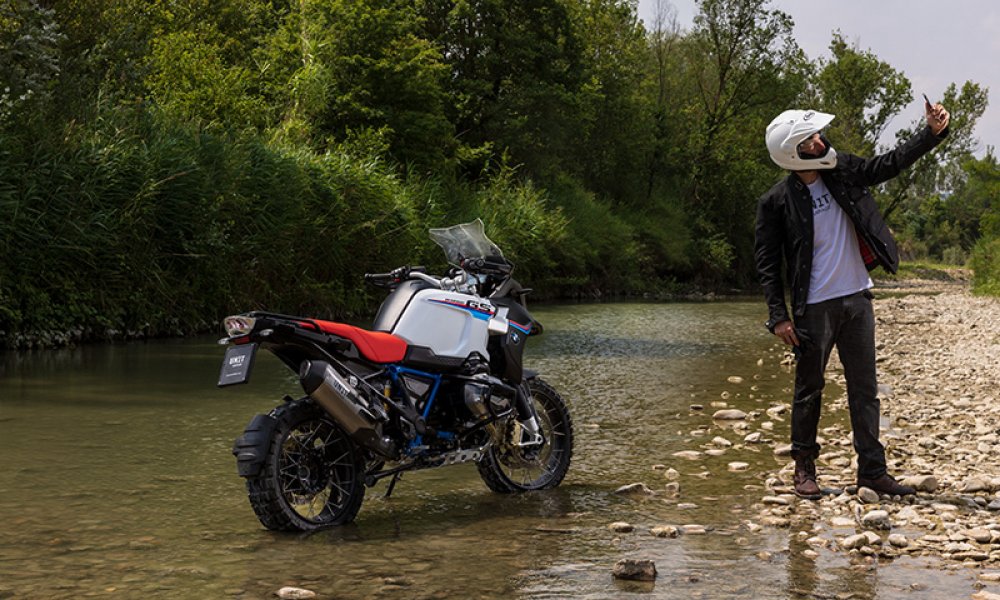 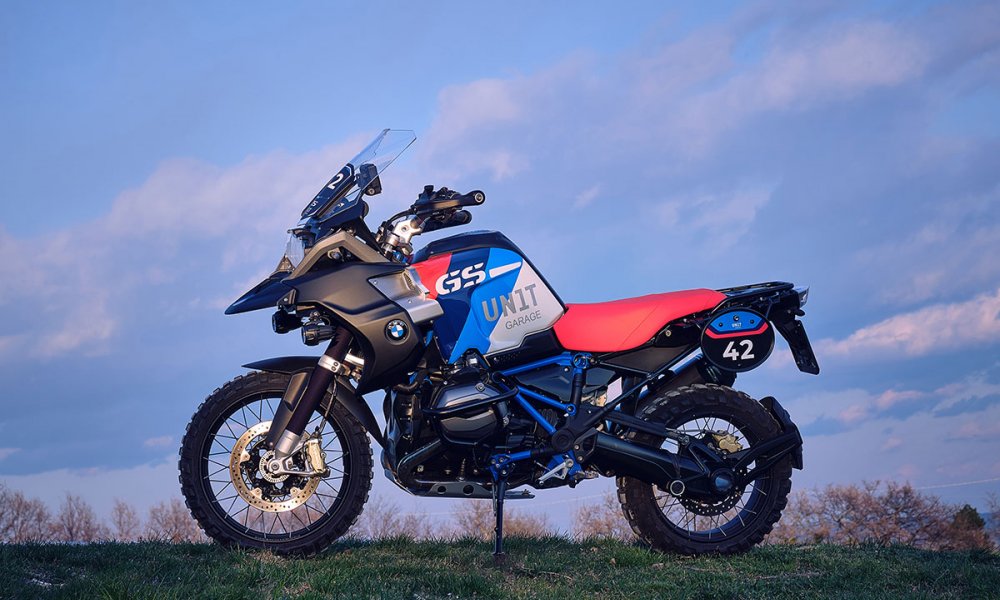 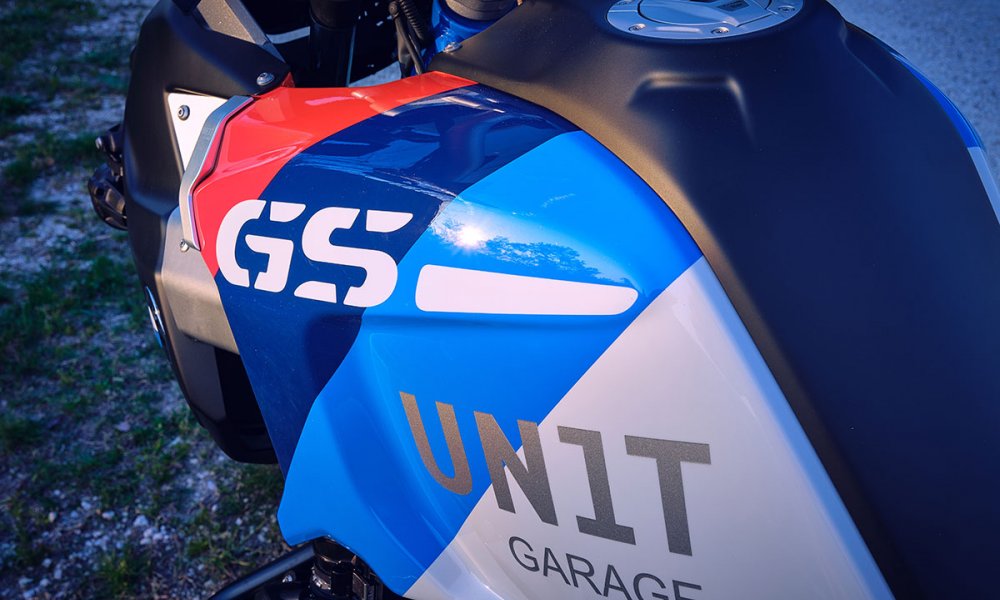 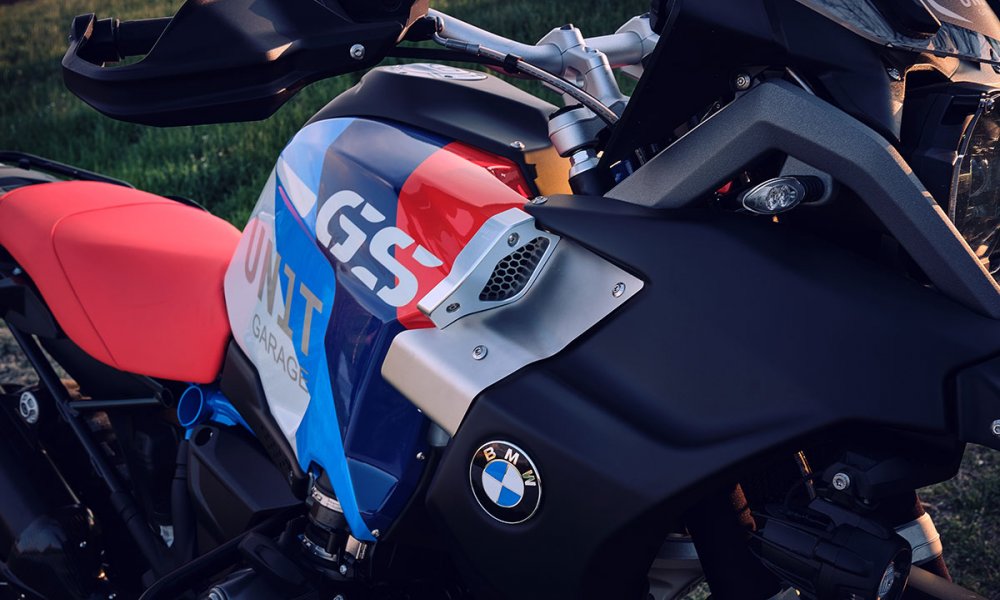 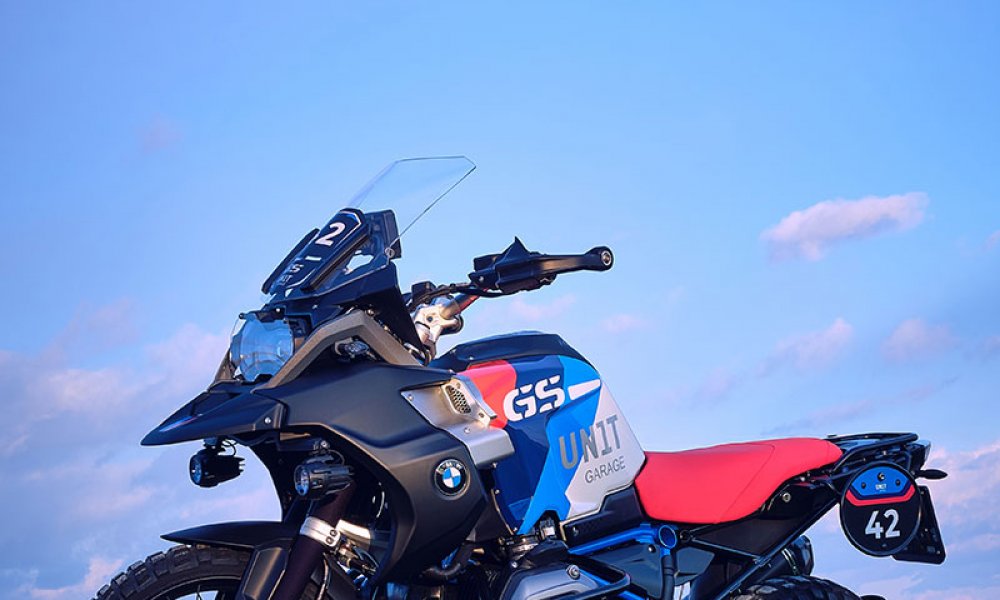 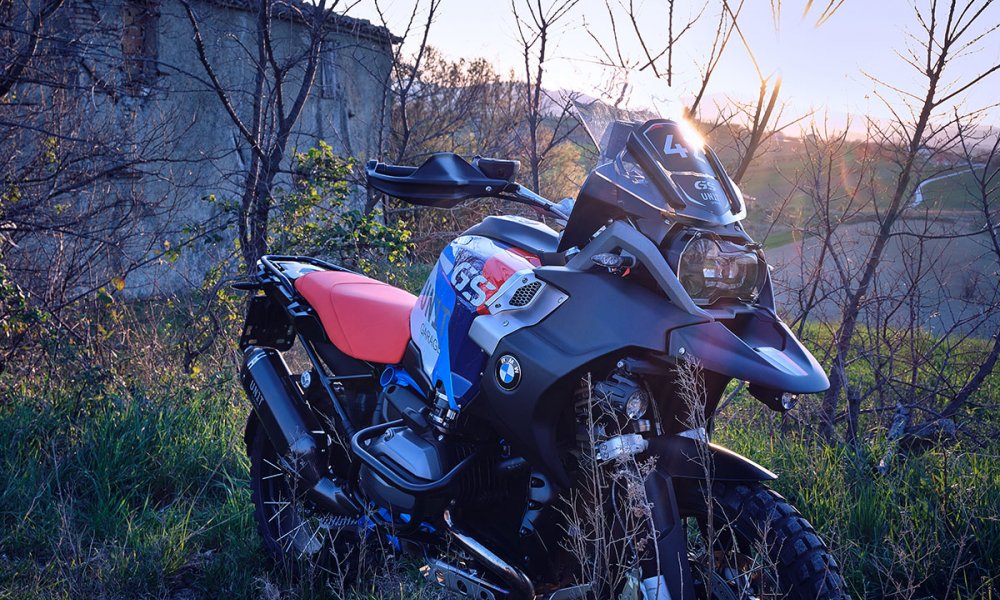