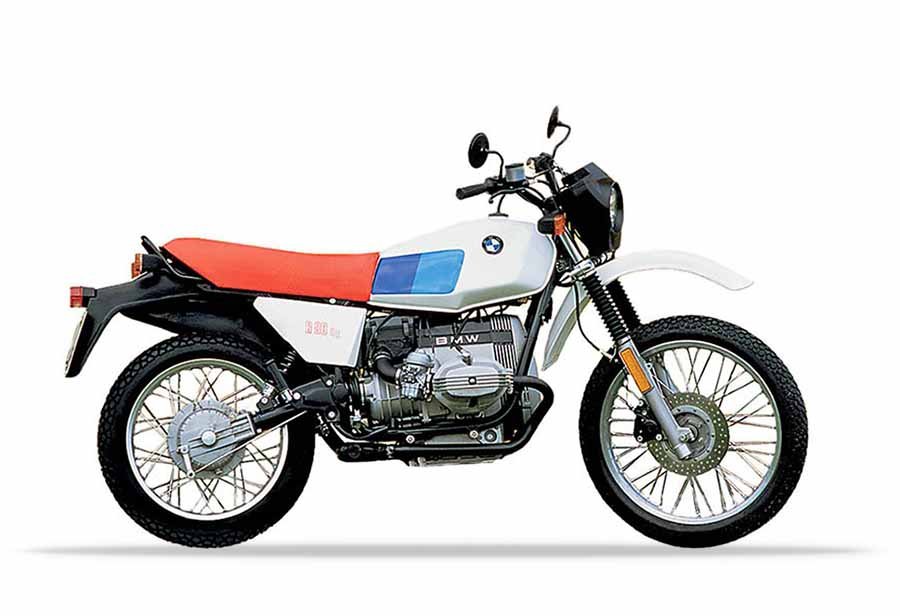 The production of the R80G/S began in 1980 and was immediately characterized by some countertrend and courageous choices. It was produced until 1987 when BMW introduced two new versions R80GS and R100GS. It was equipped with some innovative solutions, for example, the use of the 800cc Boxer engine or the single-sided swingarm with integrated cardan transmission system, absolute novelties for a motorcycle also designed for enduro. It is not yet equipped with a Telelever and Paralever but the GS is immediately characterized by courage and innovation. Despite appearing as a heavy and unwieldy motorcycle, it proved to be a true king of travel and triumphed on several occasions in the tough Paris Dakar race.
A special version was dedicated to African raids, called P / D (Paris / Dakar) produced from 1984 to 1987. Compared to the standard version this set-up was characterized by the increased tank to 32 l (from 19.5l of the standard version) and the single-seater seat, with the luggage rack instead of the space for the passenger. Both versions were equipped with an 800cc Boxer engine with 52hp and mounted drum brake on the rear and disc brake on the front.