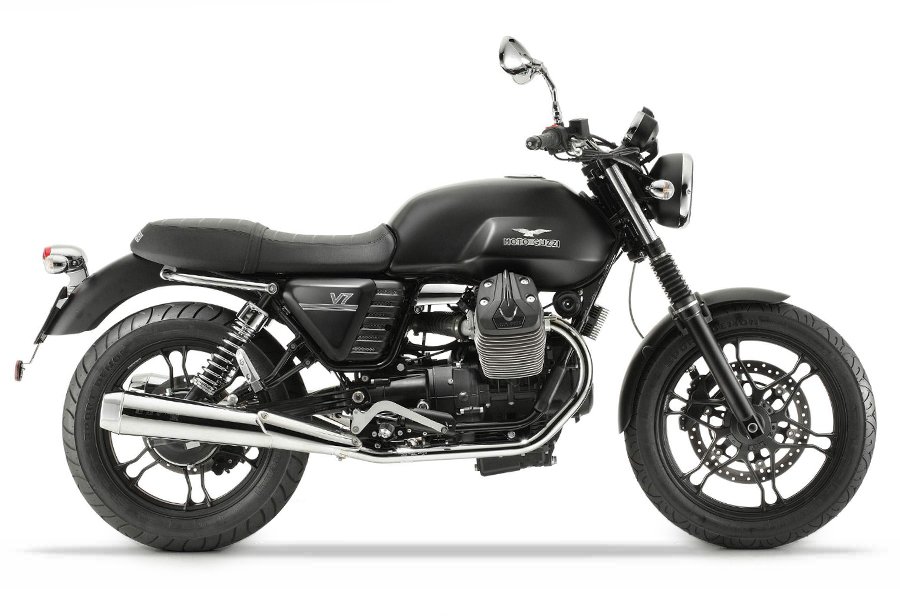 If your Guzzi doesn't have the right sound and you want to transform it into a perfect scrambler style, now we have what it does for you. Assembly requires no drill or file, just a few tools are needed and in a few hours your bike will become a real special. Styles that refer to the 70s, every detail has been studied in detail. The sound of the exhaust is fantastic, the rear has been raised simply by replacing the saddle handles.

The bike with the kit installed changes character and becomes even more pleasant to ride. The motorcycle can be restored to its original configuration at any time, since nothing is manipulated or damaged for the assembly of the kit. Soon our fantastic bags with dedicated frame, and other fantastic accessories will be available.

The success of the first re-edition of the V7 and the growing interest in the vintage segment led Moto Guzzi to update the V7 proposal, starting production of a second generation. This second edition maintains the stylistic features and references of the previous one, high striking tires, horizontal exhausts, spoked rims and straight seat. Even the chassis remains unchanged with the same solution as the previous version for the suspension: Marzocchi on the front and Bitubo on the rear. Also this generation of V7 will be presented with different set-ups corresponding to different styles: Racer, Stone, Special, Stornello. Traction control has also been present since 2015.
f 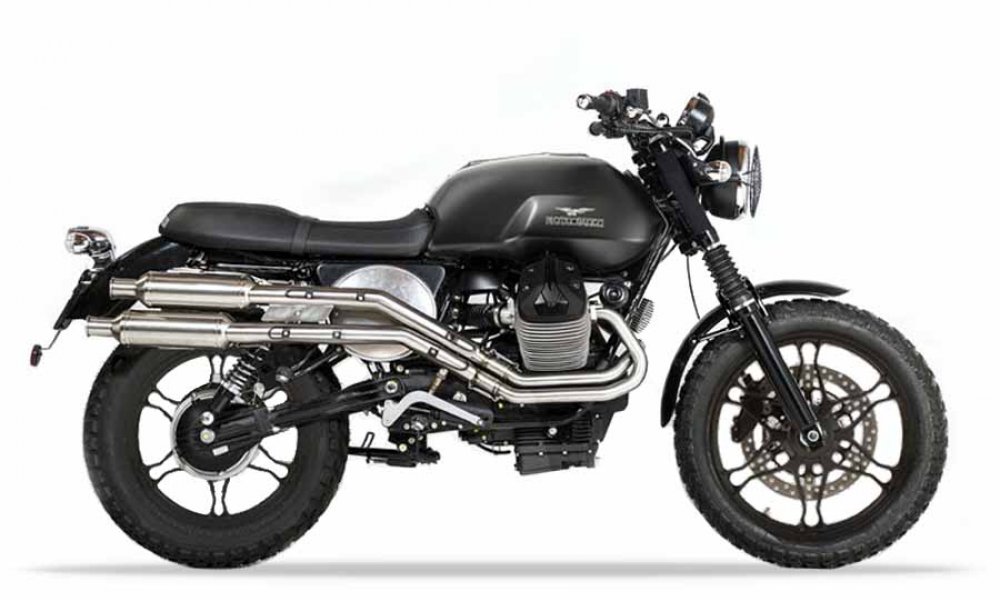 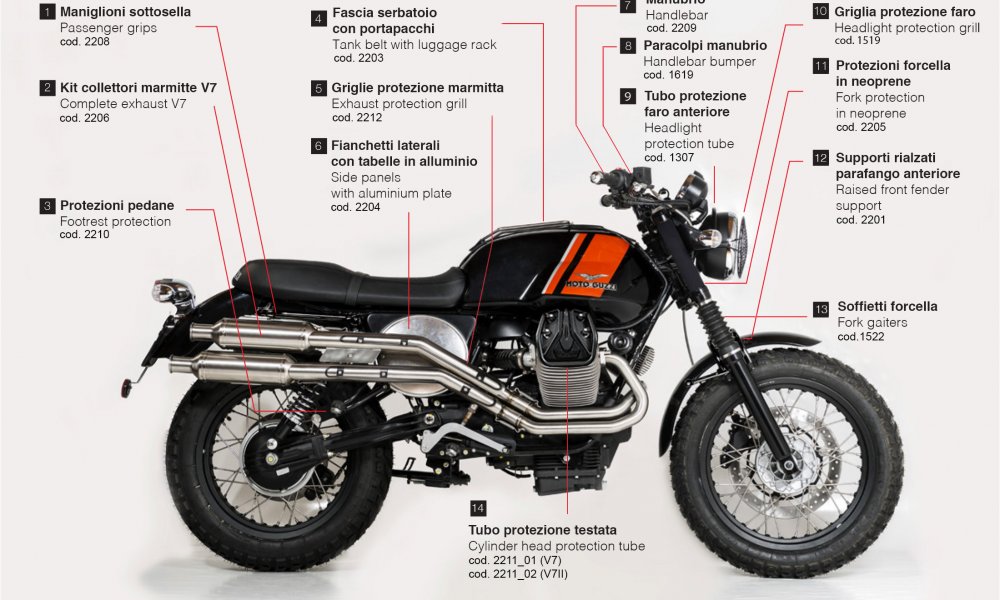 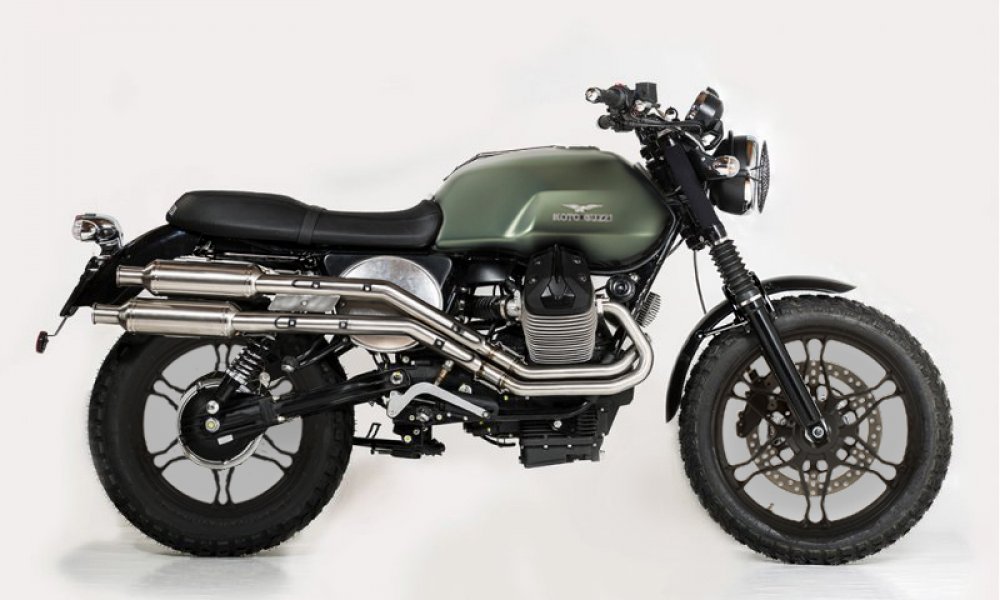 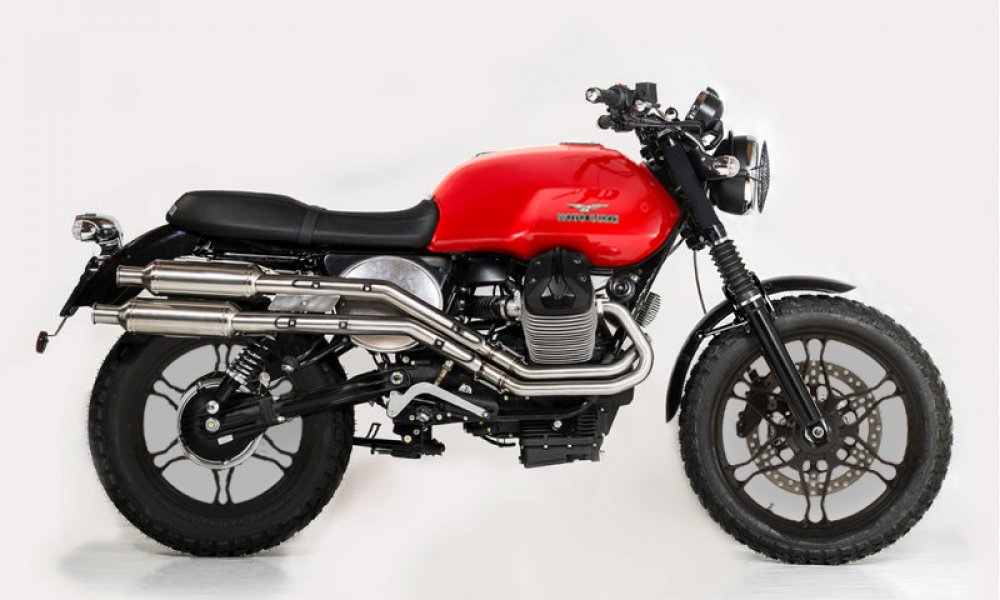 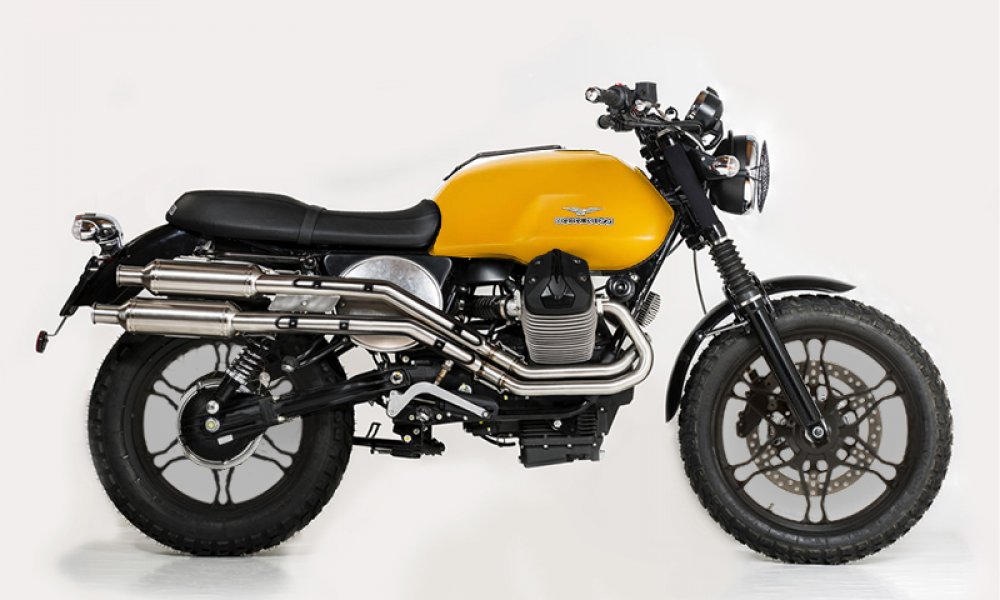 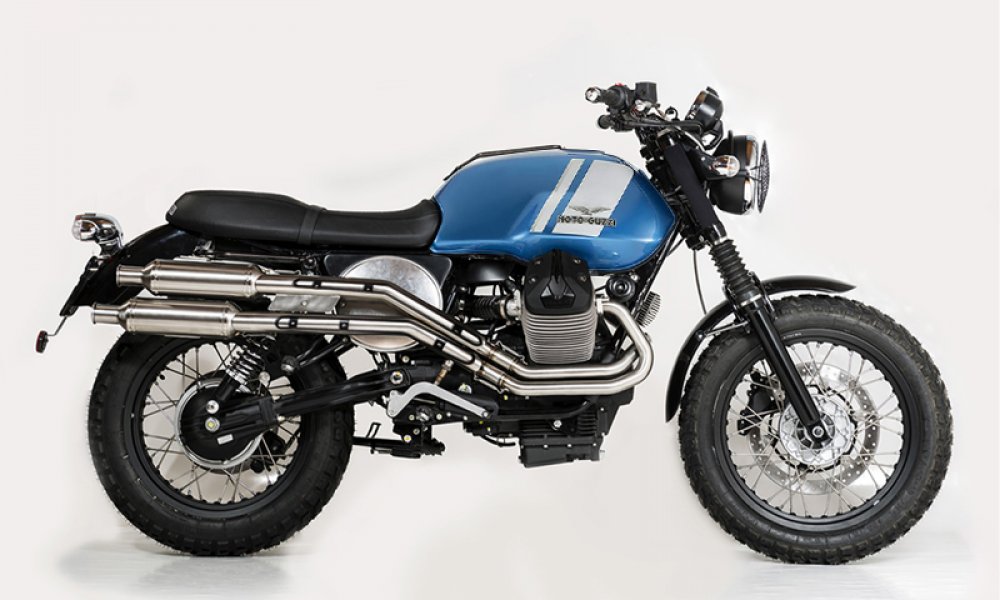 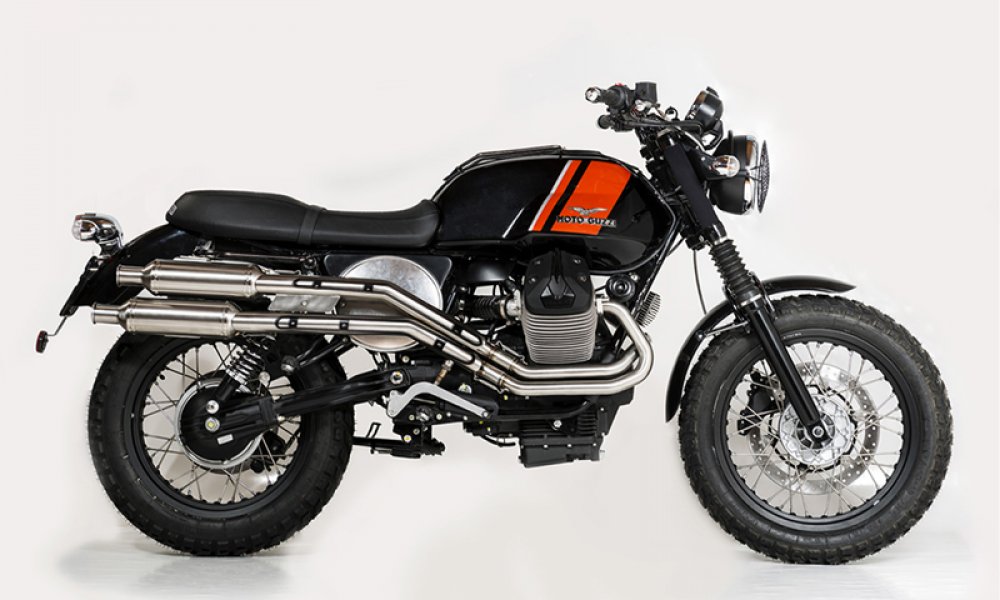 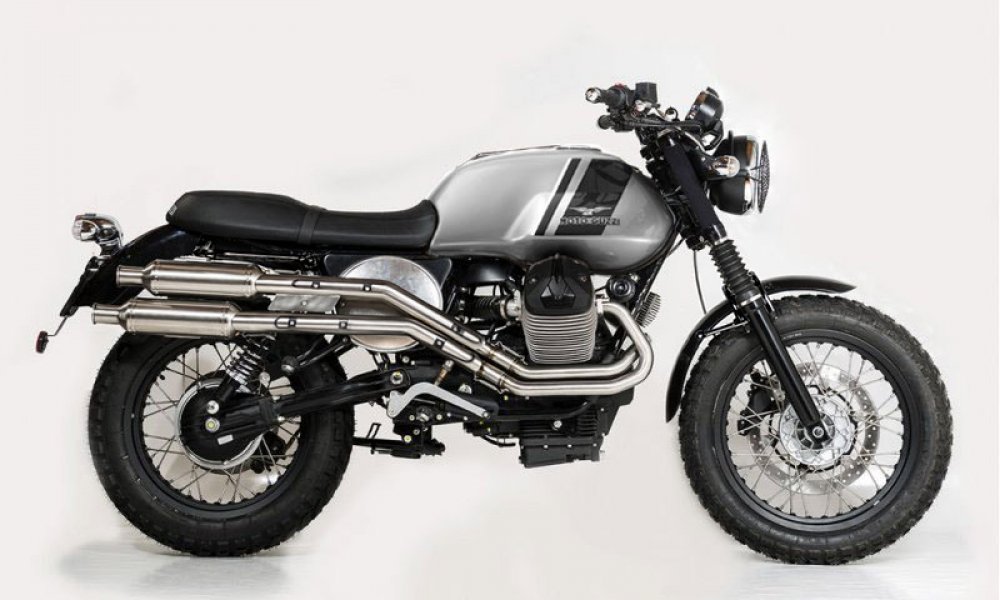 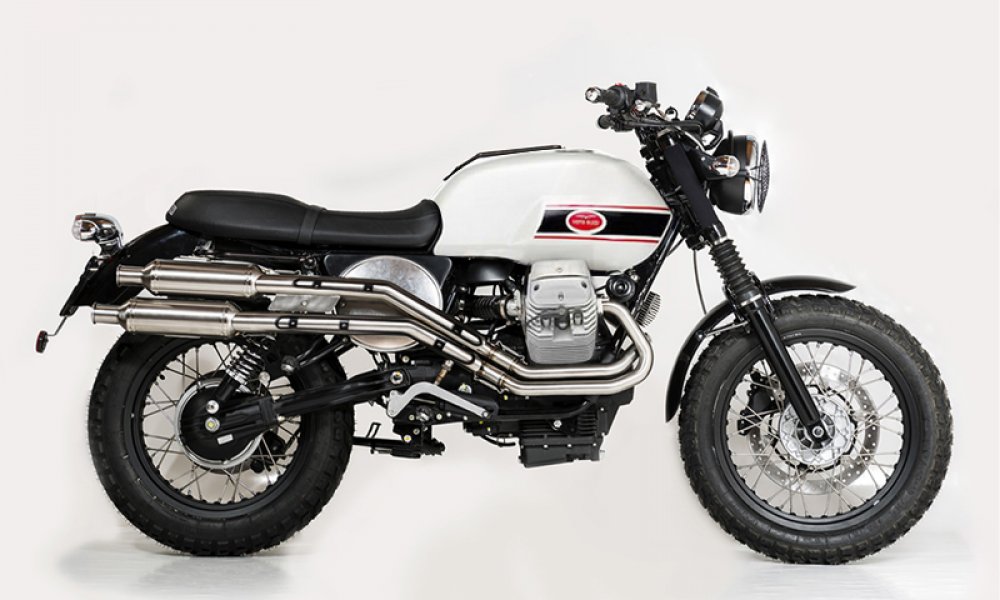